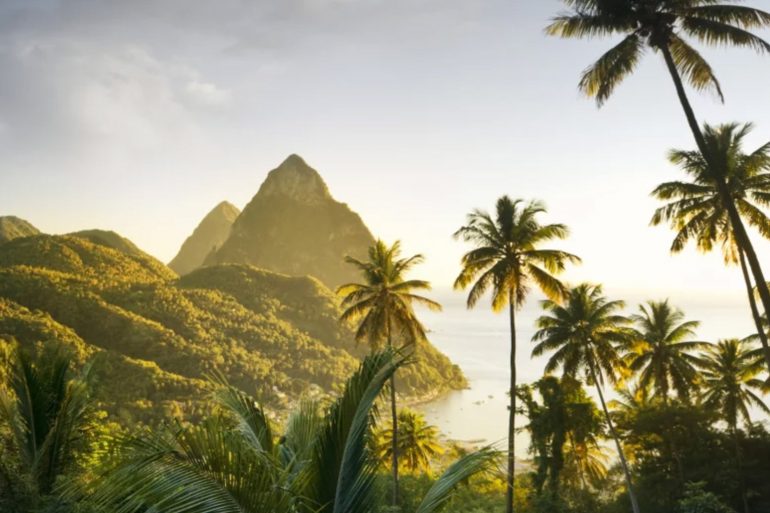 A recent report by the US Department of Energy, in support of its Energy Transition Initiative, provides a snapshot of the energy landscape of Saint Lucia.

Privately owned St. Lucia Electricity Services Limited (LUCELEC) is the sole electrical utility for Saint Lucia and has a customer base of more than 61,000. LUCELEC has an installed electricity generating capacity of 78.4 megawatts (MW), with peak demand of 60 MW. Like many island nations, Saint Lucia is almost 100% reliant on imported fossil fuels for electricity generation, leaving it vulnerable to global oil price fluctuations that directly impact the cost of electricity. Saint Lucia’s electricity rates are more than triple the U.S. average, though in line with the Caribbean regional average of $0.33/kWh.

2001—Solar water heaters became tax deductible and the government initiated a National Sustainability Energy Plan (NSEP), which aimed for a 35% reduction in greenhouse gas emissions by 2010.

2005—A Sustainable Energy Plan was implemented and a green paper on the National Energy Policy (NEP) was written.

2010—The government established the Saint Lucia NEP outlining provisions to increase the use of renewable energy technologies to offset the amount of fuel the country imports to meet its energy needs.

Saint Lucia is a volcanic windward island, with large technical potential for geothermal, wind, and solar renewable energy generation, as well as use of solid waste generated by residents. Little technical potential for biomass or hydroelectric generation exists on the island. A biomass plant requires large tracts of agricultural land and is not economically feasible. Rivers and waterfalls on Saint Lucia do not have a base flow rate sufficient to power water turbines.

The volcano that sits in the middle of Saint Lucia provides significant geothermal potential, with estimates ranging from 30 MW to 170 MW, while both wind and solar have the potential for a further 30 MW each. However, all three initiatives require a long-term commitment from LUCELEC and the Saint Lucia government.

Even though LUCELEC’s efforts to improve operational efficiency and electrical system reliability demonstrate a commitment to more energy-efficient practices on Saint Lucia, there is little evidence that the country’s regulatory and policy environment has adapted to new technologies. A 2006 review of the NSEP indicated that energy efficiency and renewable energy projects existed, but that none were grid-tied. Most projects since then have stalled in the proposal phase.

Opportunities for Individuals and Businesses

In the meantime, while geothermal and wind solutions may not be feasible for individuals and businesses, the potential for solar power is vast. The island’s abundant solar resource (global horizontal irradiation of 5.7 kWh per square meter each day, which increases closer to the coast) makes solar power economically attractive. Currently, distributed photovoltaic power systems only produce modest amounts of electricity and there are no plans by the government or LUCELEC to install additional solar technologies on the island. However, Sol Lucian offers a range of products and services for residential and commercial solar power supply.

Contact us today to see how our solutions can help you save money on your electricity bill.

This error message is only visible to WordPress admins